Mad Castles For the Mad Steampunk

What could fit the Steampunk  ethos  more superbly  than inhabiting a living &  breathing  castle. Your own "private fortified residence" to use the academic definition of a castle.

From the  majestic hilltop Chateau, ruler of all you survey - to a Gothic stone Tower in a defensive valley   fighting off the Hordes

-a Steampunks home is their castle


Below is a listing of real estate chosen for its deeper darker intensity and history. Having  the alchemy and atmosphere  nonpareil for the Mad Scientist; the  darkly brooding prescience to inspire the Poet within, the rambling  romance alluring to the restoration  enthusiast.

The palace was built from 1828 through 1848 for Prince Mikhail Semyonovich Vorontsov  a Russian Governor general; to a Scottish and Moorish influence that had taken his fancy . His young  wife had affair with poet Alexander Pushkin,   whom Vorontsov had banished 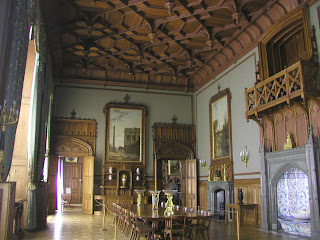 Built in the 12th century, it has been owned by the same family  for 33 generations. This castle is situated  on a rocky crag in a strategic location  on the Rhine River. It is surrounded by  water on 3 sides. Many  raging battles have been  fought and won from this tactical position. Despite  the castle's picturesque appeal, there is a long, gruesome and violent history attached.


Built in the early 14th century  for the Archbishops of Mainz on a strategic  section of the Rhine river. It is another castle on the Rhine  with a history of warring. It eventually fell into decline and was mortgaged off  to a fiefdom on the  river bank opposite. 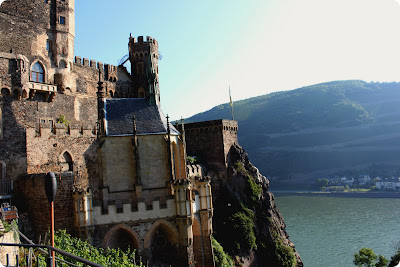 The castle  was bought by Price Frederick of Prussia  during the Romantic Period of the early 19th century and rebuilt. This castle was built  for the Clan McKenzie in the 13th century and named after Donnan of Eigg, a saint martyred in  617.  Arguably  one of the most romantic castles in Scotland , it has an extensive and bloody history. Its origins stem from  a fort to defend the area from Viking raiders. It was destroyed  by cannon fire in the 1700s  when it played host to Spanish soldiers aiding the Jacobite rebellions. Rebuilding of the castle commenced in the early 1900s by Lt Colonel John Macrae-Gilstrap to a surviving ground plan of previous construction and renovation. 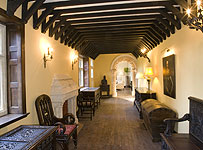 
The mansion, built in the 1770s by  Thomas Mansel Talbot (1747-1813) of Margam and Penrice, is itself  one of the finest country houses in Wales. Its main purpose was to house antiquities and works of art  bought during a Grand Tour of Europe by the owner.

Penrice Mansion is on the site of a previous 13th century  Penrice Castle [ seen to the upper right] that fell to ruin in the English Civil Wars; which in turn was built on  the ancient site of a ring work fortification.


Situated on the river Tweed, this  Neidpath castle was built in the 14th Century for the   High Sherrif of Tweeddale,  on the site of an older castle . It is reputedly haunted by a love lorn young woman. After repairs from artillery attacks in the 1600s,  part of the building collapsed in the  1790s.  It still retains the iron bars on some windows  and  the pit dungeon  . 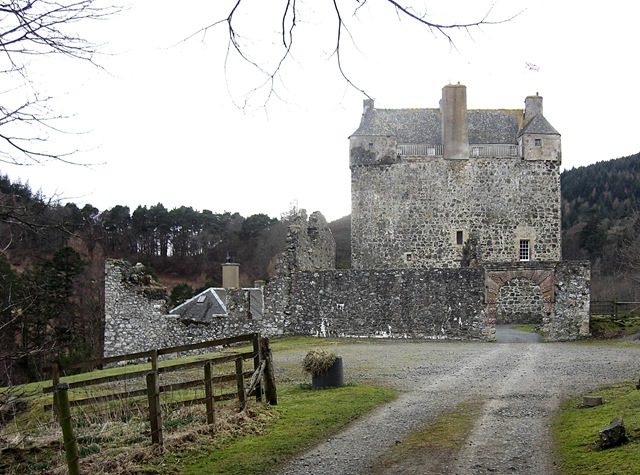 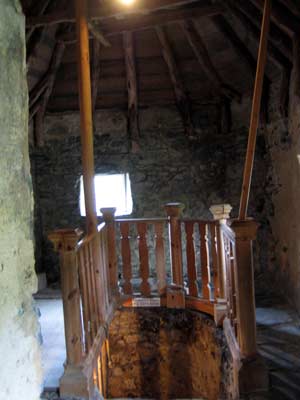 Designed in the Gothics Revival style, Charleville Castle was built in the  last years 1700s. It is situated in Ireland's most ancient oak woods once inhabited by Druids. 2 main towers are located over tsterious "ley lines" used by dowsers.  Despite being a castles of relatively modern origins, it is known as the most haunted castle in Ireland. 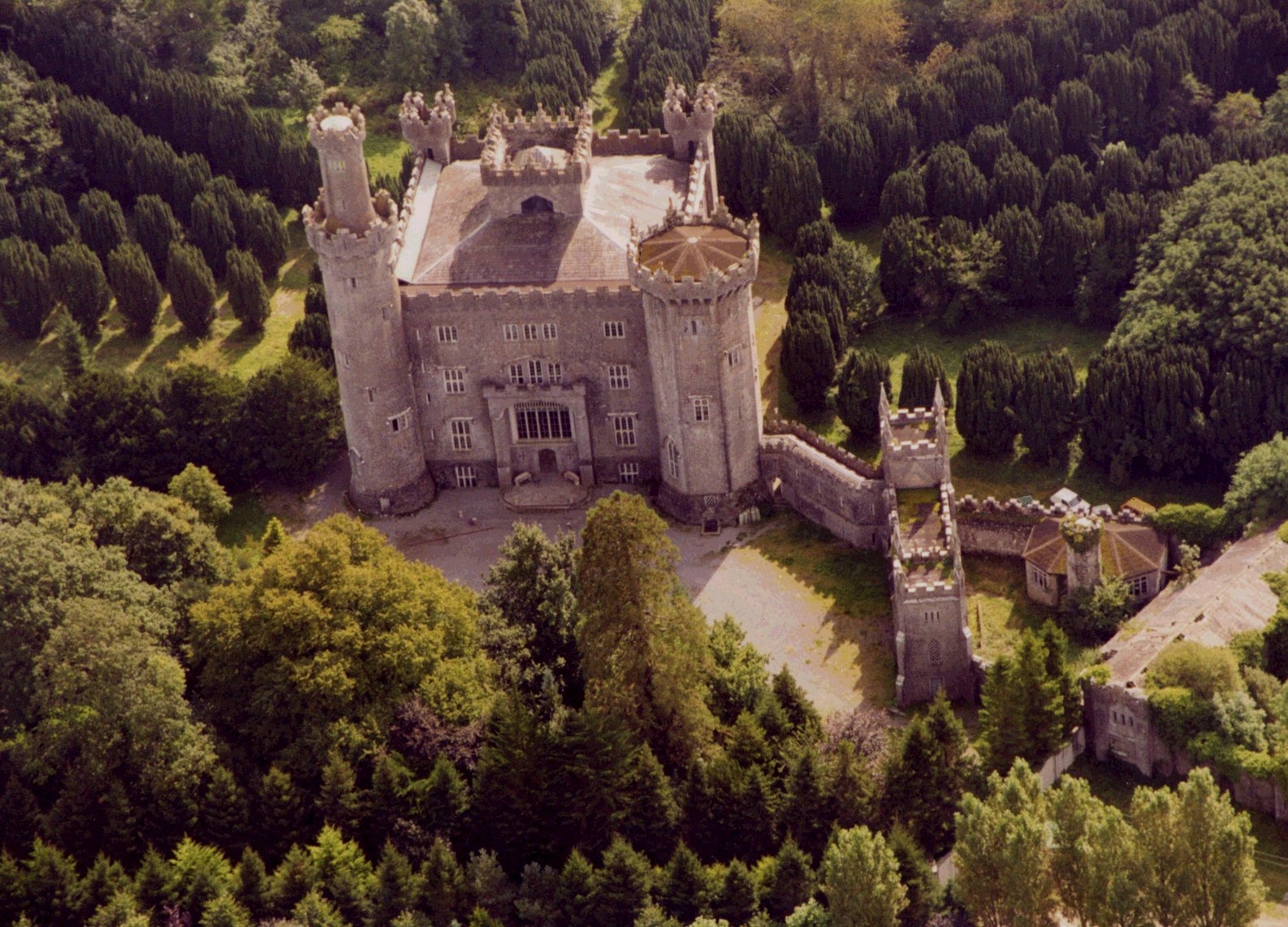 The stairway  frequented by Martha's ghost

One of the oldest castles in Ireland, the Talbot family lived here in their private fortified residence for 800 years, from 1185 to 1975. It originally had defensive walls and a moat, the depressions can still be seen in the park grounds. The present towers and facade were added in 1765.  The castle and the Talbot family survived confiscation, fire, siege and cannon balls. A  motte castle built by Normans to suppress the  Yorkshire rebellion of 1069.  The original castle tower was constructed on the top of an enormous man made earth mound as per usual practice of the period. This was burnt down a year later by Jews seeking sanctuary from anti Jewish riots. It was immediately rebuilt. Clifford Tower is all that remains from the  York castle that was built as an extensive motte & bailey fortification. It  was of importance to William the Conqueror as strategic to control the Northern English. 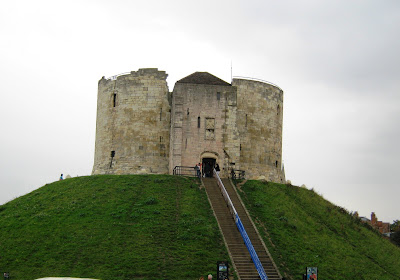 Its main use developed over time, as a court, prison and place of execution.  York Castle  has been strategic over the centuries for  putting down rebellions.